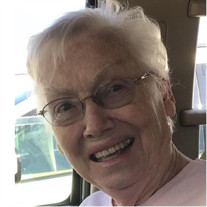 Ramona “Mona” Potter Waddell, 87, of Greenwood and widow of Rev. Bobby Gene Waddell, went to be with her Lord and Savior, Tuesday, October 5, 2021. Born in Winder, Georgia, on September 8, 1934, she was a devoted daughter of the late John David and Willie Elizabeth Lay Potter. Ramona was a graduate of Piedmont Nursing School in Atlanta, Georgia. It was in Atlanta that she met and married Bobby Waddell. Ramona lived life that mattered, always putting others needs before her own. She held many titles: godly woman, minister’s wife, mother, grandmother, nurse, sister and friend to name a few. She had four children, Cindy Waddell of Greenwood, Susan Bynum of Seneca, Bryan Waddell of Taylors and Anita Brown of Seneca; one sister, Kay Dowdle of Hartwell, Georgia and five grandchildren, which she considered to be her greatest accomplishment, Jesse Davis of Easley, Josh Gallman of Seneca, Brittany Bynum of Clemson, Emily Waddell of Charleston and Kate Waddell of Columbia. Ramona was predeceased by a sister, Sue Kesler. A graveside service will be held 11:00 a.m. Saturday, October 16, 2021, at Wood Memorial Park, 863 Gap Creek Road, Duncan, South Carolina, officiated by Pastor Valarie Mireb. The family wishes to thank Wesley Commons Assisted Living, Ellen Rhodes of Internal Medicine of The Piedmont and Hospice House in Greenwood for the wonderful care she received during her final days. In lieu of flowers, memorials may be made to Hospice House, 408 Alexander Avenue, Greenwood, SC 29646, www.hospicepiedmont.org or Epworth Childrens Home, 2900 Millwood Avenue, Columbia, SC 29205. Online condolences may be made at www.thewoodmortuary.com.

The family of Ramona "Mona" P. Waddell created this Life Tributes page to make it easy to share your memories.

Ramona “Mona” Potter Waddell, 87, of Greenwood and widow of Rev....

Send flowers to the Waddell family.