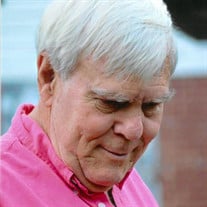 On Saturday, February 13, 2021 John C. Carlson, loving and devoted husband and father of four children, passed away at the age of 65 in his home surrounded by his loved ones. John was born on August 7, 1955 in Bloomington, Minnesota to John and Kathleen (Harris) Carlson. He proudly served in the United States Marine Corps for 26 years and retired as a Master Gunnery Sargent. He served on active duty during the Vietnam War, Gulf War/Operation Desert Storm. Some of the jobs he performed were a machine gunner, and an admin clerk at Camp Lejeune, NC, a Drill Instructor at Parris Island, SC, and a Helicopter Maintenance Chief at MCAS New River, NC during his career. On October 5, 1989, he married Angela Faye (Hunter) Carlson. They raised four daughters Shannon C. Smith, Emily K.E Carlson-Coker, Jamie L. Fassnacht, and Mina R. Carlson. John had a passion for the outdoors, music, and family. He used his talents of love for the outdoors and family to build trails in the woods for his family to enjoy and cooking good meals for his family. He was known for his quick wit, his infectious smile, and his kind and compassionate spirit. John was preceded in death by his father John, his sister Lori, and his brother Anthony. He is survived by his wife Angela of the home, his daughters Shannon C. Smith (Paul) of Andalusia, AL, Emily K.E Carlson-Coker of Greer, SC, Jamie L. Fassnacht of Kansas City, KS, and Mina R. Carlson of the home, his mother Kathleen Carlson of Bloomington, MN, his brothers Bryan Carlson (Mary) of Minneapolis, MN, and Mick Carlson (Debbie) of Cornelius, OR, his sister Rebecca Carlson of Campobello, SC, and nine grandchildren Savannah, Michael, Emily, CJ, Karla-Grace, Ray-Ray, Addie, James and Lucian, and numerous cousins, nieces, and nephews. A funeral service will not be held per his request as he wanted everyone to celebrate his life and not his death. Online condolences may be made at www.thewoodmortuary.com

On Saturday, February 13, 2021 John C. Carlson, loving and devoted husband and father of four children, passed away at the age of 65 in his home surrounded by his loved ones. John was born on August 7, 1955 in Bloomington, Minnesota to John... View Obituary & Service Information

The family of John C. Carlson created this Life Tributes page to make it easy to share your memories.

Send flowers to the Carlson family.