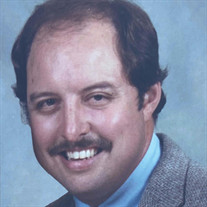 James Carl “Jimmy” Stringer, of Greer, SC passed peacefully at home on Saturday, Feb 13, 2021. Born in Greenville, SC on May 28, 1950, he was the son of the late Luther Winford Stringer and Joyce Ann Price Stringer of Landrum. Growing up in the Blue Ridge area with his siblings Douglas, Tommy, and Susan, he was a multisport athlete at Blue Ridge High School where he graduated in 1968. In 1973, he married “the love of his life”, Rosalind Collins of Greer. In 1976 they celebrated the birth of their first born Jeffrey Daniel, followed by David Russell in 1983 and Meredith Reynolds in 1986. Following his graduation from USC-Spartanburg with a degree in accounting, he began a three-decade-long professional career in the textile industry in 1977 with Milliken, then JP Stevens, followed by a 20 year career with Springs Industries where he worked in Lyman, Lancaster, and Fort Mill. In 2008 he retired from textiles and went to work with his brother Tommy and son Jeffrey at Stringer Resource Group in Greer until his retirement in 2015. He served as a deacon and elder at First Presbyterian Church of Greer and Rock Hill. He coached numerous youth and adult basketball teams over the years at both churches. In his later years, music, with a focus on listening to and discovering new artists, was a passion. He also enjoyed writing and documenting his childhood stories and reflecting on his life. He loved spending time with his two grandchildren, Tyndall (9) and Jones (6), whom he referred to as “Jeffrey & Elise’s wonder children.” They all shared a love of ice cream sandwiches and milkshakes. Tyndall says “Papa is the best and loving; he is the greatest man.” In his lifetime, Jimmy was a well-respected colleague, co-worker, family man, coach, and friend to many. He was known for his support of people’s passions, helping co-workers further their careers, and always offering encouraging words and advice. He is survived by his wife, Rosalind, son Jeffrey and his wife Elise Tyndall Stringer of Greer, son David and his partner Leslie Leonard of Columbia, and daughter Meredith of Greensboro, grandchildren Tyndall and Jones Stringer, brother Douglas Stringer (Debbie) of Landrum, brother-in-law Ron Gunter of Landrum, brother Tommy Stringer (Carrie) of Landrum, and beloved nieces and nephews. Jimmy was predeceased by his sister, Susan Gunter of Landrum. The family would like to thank Dr. Caroline Brownlee and Dr. Kathleen Woschkolup for their excellent and loving care over the years, and also Interim and Lutheran Hospice. Due to COVID protocols and restrictions, a celebration of life will follow at a later date. Memorials may be made to the PKD Foundation, The Michael J. Fox Foundation for Parkinson's Research, or First Presbyterian Church of Greer, 100 School St., Greer, SC 29651. The Wood Mortuary is handling arrangements. Condolences and memories may be shared at www.thewoodmortuary.com

James Carl &#8220;Jimmy&#8221; Stringer, of Greer, SC passed peacefully at home on Saturday, Feb 13, 2021. Born in Greenville, SC on May 28, 1950, he was the son of the late Luther Winford Stringer and Joyce Ann Price Stringer of Landrum. Growing... View Obituary & Service Information

The family of James Carl Stringer created this Life Tributes page to make it easy to share your memories.

Send flowers to the Stringer family.