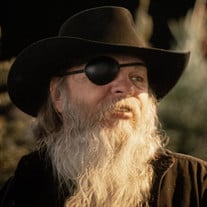 Frederick Matti Aho (Fratt Tahoe), 64, passed away January 11, 2021. Fratt was a native of Peterborough, New Hampshire, the son of the late Hjalmar W. and Elmi E. Frigard Aho. He worked in many phases of construction throughout his life. He was a general contractor as well as a hands on tradesman. He passed along his skill and knowledge to his kids. He was a former construction business owner as well. His last occupation was a residential draftsman, working from his home office, which was also his music studio-where he could be found playing, writing, and recording music. Surviving is his wife Debbie Niemitalo Aho; his children; Marissa (Troy) Kinnunen of Greer; Milo (Rachael) Aho of Greer; Dallas (Shila) Aho of Texas, Savanah Joy Aho of Lyman and Tiara (Clayton) Pakkala of Greer; three brothers, Dave Aho of Taylors; Carl Aho of Greenville; Jeff Aho of Rindge, NH; ten sisters, Donna Coponen of Greer, Ruthie Somero of Greer, Glady Sauvola of Greer, Phyllie Sauvola of Rindge, NH, Judy Kinnunen of Goldendale, WA, Barbie Hammer of Lyman, Lori Hilman of Greer; Eunie West of Greer; Amy Sauvola of Greer; Mary Kinnunen of Greer; five grandsons, Darrien, Ethan, Ryan, Garret and Carson; nine granddaughters, Ashley, Shaun, Hope, Danielle, Nevaeh, Evonie, Madeline, Shekinah and Mariah and five great-grandchildren, Evelyn, Isla, Levi, Kyzer and Axel. Fratt was predeceased by two sons, Casey and Lando Matti Aho. Fratt touched many lives with his music, often forming lasting relationships throughout the years. It’s commonly known that if anybody was hurting or in need, guitar in hand, Fratt would go to their bedside or even out into the streets bringing comfort through worship and music. He was quite the world traveler; going out onto many mission fields including to Guatemala, Africa, the Philippines and Vietnam. He was involved in many men’s retreats. Fratt believed his love of music was a gift from God and he strove to be obedient to the call. He was the life of the party but he was no stranger to the hardest parts of life. He was the “go to” when you’d screwed up worse than you ever thought you could. You’d call Fratt. He’d pull you up out of the trenches and shamelessly tell you about his own just so you knew you weren’t alone or weird. He was no stranger to drug addicts, schizophrenics, divorcées, alcoholics, and all kinds of broken people. He’d sit on a bar stool or sit on a church pew and he was comfortable either way. He lifted people. Fratt struggled with his health, especially in the end, and he experienced many complications, including blindness. In spite of this, his “larger than life” personality touched countless lives and was a shining light even in the darkest of times; and until the end he was still comforting others and showing them the Love of Jesus! His family was the most important aspect of his life. His kids know his love for them and so do his grandkids and great-grandkids. You could find him on the Harley with his sons or at a tea party with his granddaughters and everything in between. He loved his best friend Debbie, most of all. Their marriage of almost 45 years is a living example of how to love and be loved. Fratt will be missed by everyone until we join him in Heaven one sweet day.

Frederick Matti Aho (Fratt Tahoe), 64, passed away January 11, 2021. Fratt was a native of Peterborough, New Hampshire, the son of the late Hjalmar W. and Elmi E. Frigard Aho. He worked in many phases of construction throughout his life. He... View Obituary & Service Information

The family of Fratt Aho created this Life Tributes page to make it easy to share your memories.

Send flowers to the Aho family.