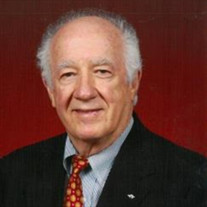 Captain Eddie Ray Harbin, USAF, Ret., 83, of Greenville, passed away November 27, 2021, at St. Francis Downtown Hospital. Born in an agrarian area in the Pleasant Grove community near Greer, he was the youngest son of the late Arthur Harbin, Sr. and Eddie Hughes Harbin, farmers and peach growers. Educated in the public schools of Greer, he received his B.A. Degree in Political Science from The Citadel in 1960 and his Juris Doctor degree from the USC School of Law in 1963. He was a member of the Greenville and South Carolina Bar Associations, the American Bar Assoc., SC Trial Lawyer’s Assoc., SC Claimant Attorney’s Assoc. and the Greenville Association of Criminal Defense Lawyers. He previously was an associate member of the California and Korean Bar Associations. He was admitted to practice before the U.S. District Court in South Carolina and the Fourth Circuit Court of Appeals. He has practiced law for the past 58 years. He is listed in Who’s Who in American Law, 1st Ed. And The National Registry of Who’s Who in American Law. He was a Mason and a Shriner (Former Captain of Hejaz Scooter Unit). He was a member of Sojourners, an Elk and officer of Wade Hampton Civitan Club having been selected “Man of the Year” for the 72-73 year. He was also a former officer of the Greenville County Taxpayer’s Assoc. He served as a Captain and Judge Advocate in the United States Air Force with the Strategic Air Command, Riverside, California, and U.S. Forces, Far East, Japan and South Korea. While in South Korea, he represented the USAF on the Status of Forces Agreement Treaty negotiations between South Korea and the United States in 1965-66 and signed such on behalf of the USAF. He also served as an original member of the Greenville-Spartanburg Airport Evirons Commission and authored the notification/limitations provisions in the deeds transferred in the affected area surrounding the Airport. He served as Chairman of the Greenville City Republican Party from 1971-75, delegate to the City, County and State Republican Party and executive committeeman to the County Republican Party in 1972-74. He was the sole delegate from South Carolina to the Friends of Nixon conference in 1972. Over the years, he has been involved in several community issues as either chief or primary spokesman. Surviving are three step-sons, John Hartigan (Joan) of Greensboro, NC, Chris Hill (Ali) of Greenville and Patrick Hartigan (Anastasia) of Augusta, GA, six grandsons and numerous nieces and nephews. He was predeceased by his wife, Anne McAdams Harbin, two sisters, Florence Bruce and Faye Swafford Tenney and three brothers, Fred Harbin, Arthur Harbin, Jr. and Billy Harbin. A funeral service will be held 2:00 p.m. Wednesday, December 1, 2021, at The Wood Mortuary Chapel. Burial will follow in Hillcrest Memory Gardens. Visitation will be held 12:00 until 1:45 p.m. Wednesday at the mortuary prior to the service. Online condolences may be made at www.thewoodmortuary.com.

Captain Eddie Ray Harbin, USAF, Ret., 83, of Greenville, passed away November 27, 2021, at St. Francis Downtown Hospital. Born in an agrarian area in the Pleasant Grove community near Greer, he was the youngest son of the late Arthur Harbin,... View Obituary & Service Information

The family of Eddie Ray Harbin, JD, LLB created this Life Tributes page to make it easy to share your memories.