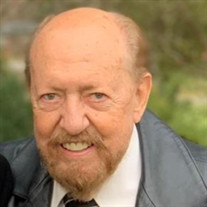 Alonzo Max DeBruhl, 80, widower of Rebekah “Becky” Trantham DeBruhl, went to be with the Lord on Wednesday, December 23, 2020. Alonzo was a devoted and loving husband, father, grandfather, son, father-in-law, brother, brother-in-law, uncle, and friend to everyone who knew him. He shined a light wherever he went and always aimed to make people smile. Alonzo lived life to the fullest and never met a stranger. Born in Union, he is the son of the late Jesse Hampton DeBruhl and Madora Anne Crawford DeBruhl. Alonzo joins his wife Rebekah Trantham DeBruhl alongside his brothers Carson and Reece DeBruhl in heaven. Alonzo and Rebekah Trantham were married in July of 1960. Surviving are his two sons, Larkin Max DeBruhl (Diane) of Greer and Darryl Lyn DeBruhl (Sherry) of Greenville; one brother, Ray DeBruhl (Shirley) of Raleigh North Carolina; seven grandchildren, Corey Michael Schuerman, Keller Max DeBruhl, Carly Faye DeBruhl Douglas, Anabel Dorian Rose DeBruhl, Darryl Riley Marie DeBruhl, Kayden Rebekah DeBruhl, and Jetsyn Lyn Casadei DeBruhl, and four great-grandchildren Mills Carlisle Matthews Schuerman, McCord Louisa Schuerman, Beckett Max DeBruhl, and River Hampton Douglas. A native of Union, South Carolina, Alonzo attended Union High school. He graduated from Clemson College A&M in 1963 with a Bachelor of Science in Mechanical Engineering. Alonzo was a member of the band at Clemson, The Tiger Tones, and The Glee Club. He was also a member of the shag club, karaoke club, a founding member of The Taylors Tiger Tailgaters, and B Crew MOAD in the Cuban Missile Crisis. He was a God loving soul with a heart as big as the world. He served in the United States Army as a First Lieutenant. A retired owner of Primer Investment Company and Dzign & Mprintz. Alonzo was a Christian and a former member of Taylors First Baptist Church. Alonzo’s legacy will forever live on in the lives of those who survive him. A memorial service will be held at a later date. In lieu of flowers online condolences may be made to Meals on Wheels, 15 Oregon Street, Greenville, SC 29605. Online condolences may be made at www.thewoodmortuary.com.

The family of Alonzo Max DeBruhl created this Life Tributes page to make it easy to share your memories.

Send flowers to the DeBruhl family.